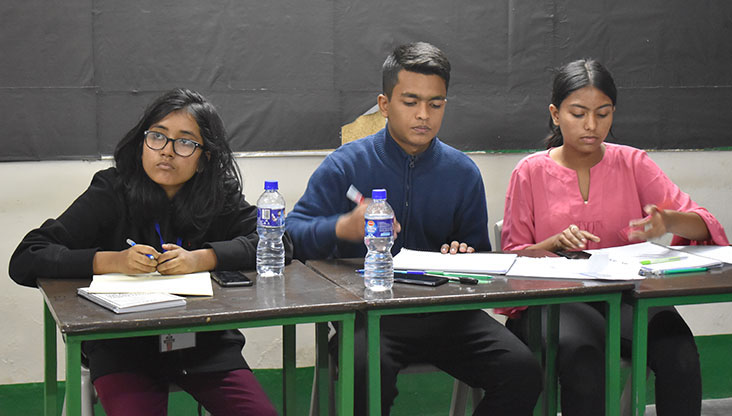 The Aga Khan School, Dhaka strives not only to provide students with a stimulating learning environment, but also give them multiple platforms on which to display their talents and develop as rounded individuals. 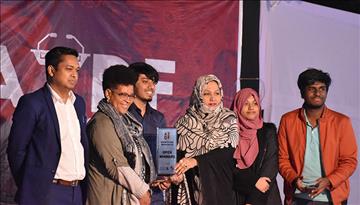 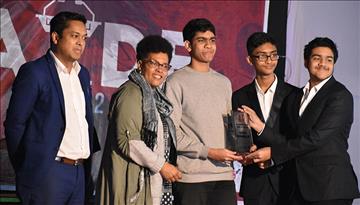 The Aga Khan School, Dhaka Interschool Debate Festival (AIDF) was one such occasion in which talented debaters from the renowned schools of Dhaka city were called to take part in a battle of words. Amidst challenging motions every speaker was compelled to question their beliefs and argue their points.
The three-day event, involved 28 teams (84 debaters) and 25 adjudicators. On the first day, the participants were introduced to the illustrious Adjudicator Core supplied by the Bangladesh Debate Council, who made sure everything in the debate was fair as well as enjoyable. Debaters were briefed about the equity policy and the rules of the tournament… then the preliminary rounds began.
On the second day, participants returned full of determination to compete and secure a place in the knockout rounds. The Adjudicator Core stimulated the delivery of animated argument with brilliant motions, such as markets for selling citizenship and contemporary fashion.
The announcements of the qualifying teams were made after an entertaining cultural evening, the likes of which will be difficult to match next year. Our own Aga Khan School, Dhaka (AKS,D) students, Smiti Modhurima, and Head Girl of Batch 2020, Fabia Masud, gave amazing musical performances and the dance crew from grade 10 recreated one of their iconic dance routines. The entertainment was topped off by an intense beatbox battle between Aga Khan School, Dhaka student Mikdad Rahman, and one of the Adjudicator Core, Mahatab Kadir of North South University.
The final day saw our own AKS,D team (Tanaz Shahneel from Grade 10, and Ajwad Murshed and Orchi Ahamed from Grade 9), progress to the Open Semi-finals where they acquitted themselves well.
The finale of the tournament - the Open Final - was hotly contested by two worthy teams under the motion Should 'Mein Kampf, Volume 2' (a hypothetical book that showed Hitler's regrets) be revealed publicly or not. Debaters and spectators come away from this stimulating event enriched and keen to try again next year.
Photo captions (top to bottom):
Participating Team in Session
Dr. Taylor Presents the Crest to the Champions, Manarat Dhaka International College
Dr. Taylor Presents the Crest to The Runner's Up, Sunnydale School