The changing face of education 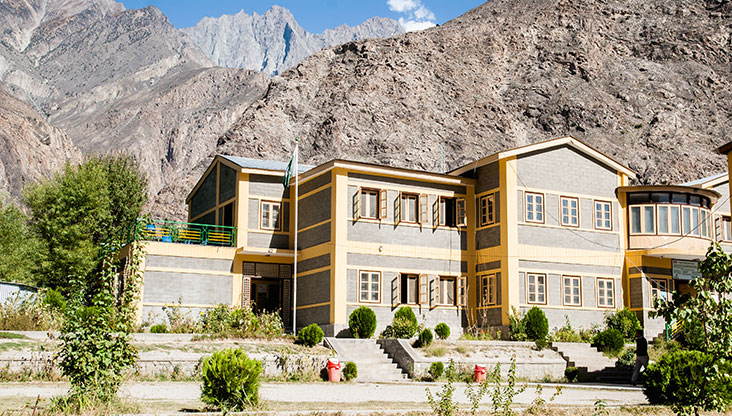 It was in 1997 when the landscape around education changed. New training programmes were introduced and leadership building was conducted.

“It was in 1997 when the landscape around education changed. New training programmes were introduced and leadership building was conducted. Additional teachers and head teachers were hired. Today, AKES,P staff conducts these trainings for government schools. Previously, it used to be the other way around.”
This is Bulbul Jan, a community member of Gupis in Gilgit-Baltistan. Starting out in AKES,P as a teacher, he worked his way up to become a head teacher, a field education officer, training coordinator, and finally, programme officer for the school development programme. Today, he runs his own non-governmental organisation and remains active in the community. He shared some of his memories of his village, and how it changed over time.
Some of the changes for the better, Jan says, came from AKES,P listening to the community. Around 1986, the community felt that greater attention was required on providing quality education and held a series of dialogues about resource and time allocation. As a result of a lot of back and forth, and compromise, a number of improvements were made.
One of those improvements included community members becoming involved in the schools through the School Management Committees (SMC). “We had to hold trainings and develop roles and responsibilities to maximise involvement,” Jan says. While the SMCs proved themselves great in convincing parents to send their daughters to school, collecting outstanding school fees, and monitoring the running of the schools, they also encouraged community members to oversee teaching and learning, something they were not necessarily qualified to do. But with the necessary training for SMC members, says Jan, the SMC continued to do excellent work in supporting education.
The introduction of school fees of a mere Rs. 5 in 1988, was contentious. Some people removed their children from school in response, leading to increased efforts to mobilise the community in support of education. “Slowly the demand for education rose,” says Jan. “People were starting to get motivated because AKES,P was training not only teachers but also parents. His Highness had stressed the need for education, teachers were coming in with better qualifications, and the standard of school buildings was slowly improving."
This phenomenon of increasing demand for education was paralleled across Gilgit-Baltistan. One such story is that of the Altit village. Ali Madad, administrator of the school, recalls that initially “there was no concept, no awareness of education — especially for girls.” Even his own father preferred for him to take care of the farm animals. “I had such a poverty-stricken childhood,” he says. “And now I’m heading a school.”
At first, there was just the one government school in all of Altit. “After His Highness began emphasising the need for education, people had a much bigger drive for it. The community started a middle school in the 1980s, which is now an AKES,P high school. The school’s Village Education Committee, Madad says, ensures maintenance and quality of the school. “Now there’s more demand for education, and more people to educate.”
“Where it used to be about quantity,” says Bulbul Jan, “it’s all about quality education now.”