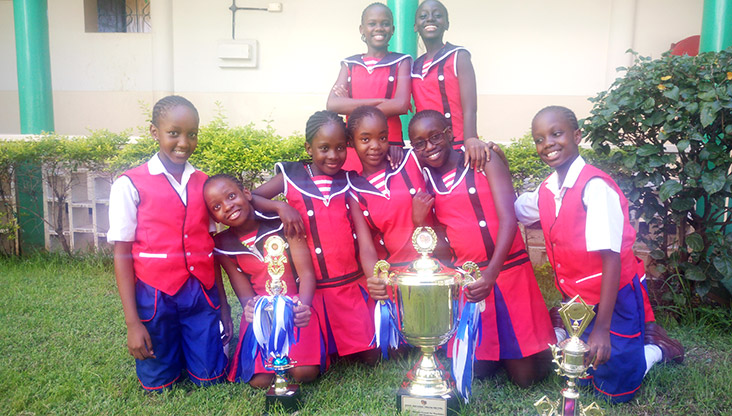 This year marks the 58th Kenya National Drama Festival where the Aga Khan Primary School Kisumu performed their play "What the Future Holds." 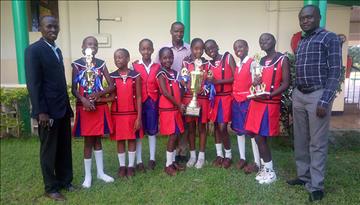 From the semi-final round, the play received over 5 awards advancing the school to the national competition. Having triumphed through the various levels of this competition, The Aga Khan Primary School Kisumu emerged successful ahead of 25 competing schools. "What the future Holds" garnered awards and trophies including: Best Actress in Kenya 2017 (Marriam Mwarika), Best Play on Leadership, and Best Play on Kenya Vision 2030.
To reflect on this achievement, Marriam said, "Ever since I developed my talent in drama, I have become a confident and a courageous speaker. It is amazing and I hope to continue acting." To describe her experience on stage, Tamara Baraka said, "I don’t always feel like myself when on stage. I feel like a new being. I thank the Aga Khan Primary School Kisumu for allowing us to practise this kind of art."
Produced by teacher Kerry Ouma and directed by Peter Magina, "What the future Holds" has been an artistic success at the 2017 Kenya Drama Festival. The play has a child-centred focus and the scene is set in a school, showcasing art as an important medium of expression and learning. It addresses a child’s artistic interests and talents, and highlights the differing views between a child’s passion and parents’ decision on making the best choices for their children.
Aga Khan Primary School Kisumu was established in 1952 and serves close to 600 students. Since its establishment, the School has developed into a two-streamed co-educational Primary School catering for children of all creeds, nationalities and races.