For the love of learning 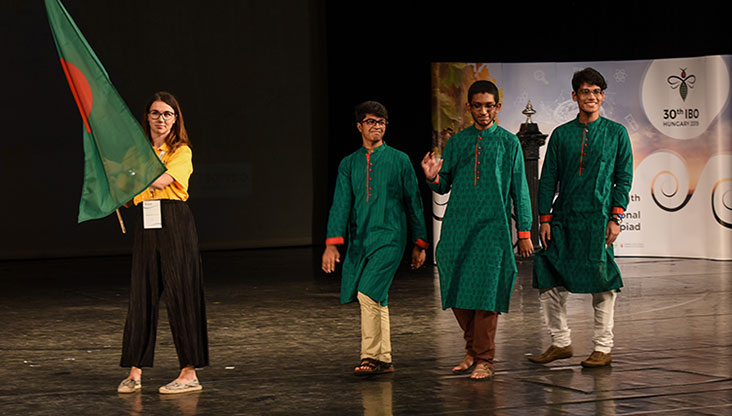 Rafsan Rahman Raayan has always enjoyed trying to understand the natural systems around him. Among the sciences, biology intrigues him the most. “I find reason and order in it,” he says.
Two years ago, Rafsan started competing in the Bangladesh Biology Olympiad. The first two years of his journey ended at the national level. But this year, after several rounds of rigorous competitions, he was among four students selected to represent Bangladesh in the 30th International Biology Olympiad (IBO) in Szeged, the Hungarian “city of sunshine”.
The Olympiad, held between the 14th and the 21st of July featured competitors from 78 countries. It consisted of a series of theoretical tests accompanied by equally rigorous practical tasks that lasted for a grueling 12 hours.
“After taking the examinations, I thought everything went so badly that I gave up on the idea of even getting a Merit Award,” says Rafsan from Aga Khan School, Dhaka (AKSD). These examinations are designed to test a student’s ability to complete difficult and demanding tasks within a limited amount of time. The practical exams did not go smoothly, but he managed to perform his best during the written tests by keeping calm and focusing.
All the hard work eventually paid off when Rafsan won a bronze medals. “The fact that I even got a bronze medal was surprising enough for me!” he says. On top of that, he received the highest score among his teammates.
He says the experience taught him persistence. “Never give up on yourself; no matter how difficult everything seems, you have to push through using all the knowledge in your head, the strength in your hands and the tricks up your sleeves.”
Rafsan believes that the way in which AKSD guided his learning over the years was a major factor in his achievement. The school made studying biology fun, and discouraged mindless memorization, instead encouraging students to build a deep understanding of each concept. By sparking his curiosity through countless resources and support, the school helped him discover his passion for biology. “I do not see biology as a subject to just learn for a test,” he says. “I appreciate its contents.”
Rafsan hopes to qualify for the International Biology Olympiad 2020 in Japan thereby helping to strengthen Bangladesh’s accomplishments. “Only last year, we earned our first bronze medal,” he says, “and this year, we got three. I hope that next year we can make a leap for silver or even gold.” After graduating from school, he plans to stay involved in the International Biology Olympiad by training competitors.
Although he knows he still has a long way to go, Rafsan looks forward to all the opportunities that await him in the future.
Written by: Fabia Masud