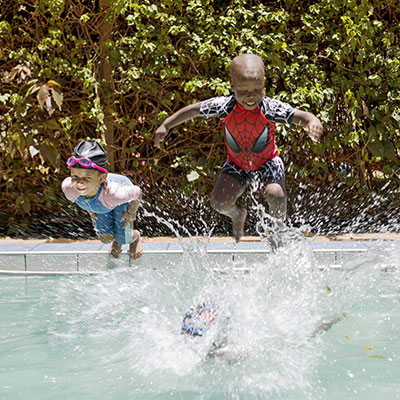 K3 students exhibited and celebrated their achievements during their annual graduation, 2016.

The Aga Khan Academy, Nairobi - Nursery School held a mini marathon in their school in support of the Mater Heart Run, 2016.

The Primary Years Programme believes in continually assessing learning in a variety of ways. Thus student achievement is measured by a student portfolio that shows the various pieces of work the student engages in.

Community service is an integral part of our school ethos. It weaves through our curriculum in the form of 'Action' and through deliberate planning of supporting local community causes such as the Globe Cop Initiative:

The PYP Exhibition represents a significant event in the life of a PYP school and student, synthesizing the essential elements of the PYP and sharing them with the whole school community. As a culminating experience it is an opportunity for students to exhibit the attributes of the Aga Khan Academy Nairobi Learner Profile that have been developing throughout their engagement with the PYP.

In 2016, the PYP Exhibition was themed “Big Challenges, Bigger Opportunities”. The twelve exhibits created and narrated by the students addressed global concerns in Health, Animal Welfare, Climate Change, and Technology. The varying concepts enabled students to share their knowledge by implementing components of the PYP's essential elements.

Academic achievements are noted throughout the year as students participate in a variety of formative and summative assessment tasks within the class setting. Unit celebrations and projects completed exemplify student performance.

Each year students at the Junior School participate in various events displaying their skills and talents within The Arts: Visual Arts, Drama and Music.

The Junior School offers a variety of sports for students to participate in school and competitively. The swimming and soccer teams have made notable achievements in local and international tournaments. 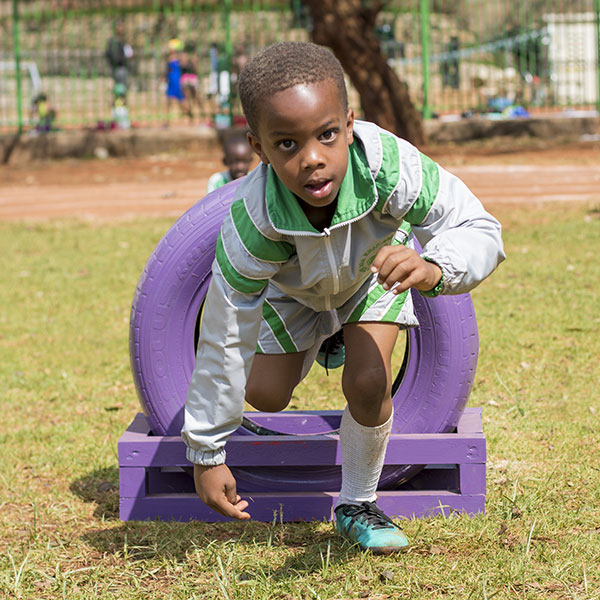 The Aga Khan Academy, Nairobi Senior School has an exemplary record of achieving excellent results in the IB Diploma as well as the IGCSE examinations.

*Class Average – out of a possible 45 points maximum

The Senior School offers a diverse range of sports including hockey, soccer, cricket, rounders, basketball, rugby and swimming. A strong faculty of three qualified teachers, a full-time swimming coach, together with experienced coaches in various sports, provides the leadership of our school teams, enabling them to perform as top contenders against other international schools.

The Senior School participates in the Model UN, offering the Middle School MUN for ages 11 to 14 and the East African Model UN for ages 14 and above. In the recent past, students have represented diverse countries that are UN Members and International Organizations such as IMF, AU, and have been elected to serve in senior positions in MUN such as Secretary General, Editor-in-Chief of the Press Corp, Senior Chair, and Head Secretary among others. The MUN is held at the UN Headquarters in Nairobi and exposes students to global issues and international relations.

Service to others is a key element in the life of an Aga Khan Academy student. The Middle Years and Diploma Programmes of the IB require students to engage in meaningful community and action, and at the Diploma level students are required to also engage in Creativity, Activity and Service experiences and maintain a CAS portfolio.

Participants are then required to design and implement a social change project in that it reflects an issue of social and community importance. Students develop a strategy to address the problem, and to mobilize a team of people to address the issue. Successful completion of the project is a requirement to pass the course.